Ramjas Inter School Debate Competition hosted by the school every year is a much-awaited event in the calendar of the schools of Delhi and NCR. With an aim to provide a platform to showcase the students' language, debating, critical thinking and analytical skills, the school first conducted the event in 1995 and has set a benchmark with rich quality of debate and rebuttals. Ramjas Inter School Debate Competition has gained prominence over the years with an increasing number of schools participating each year to win the coveted Running Trophy. The debate is held in two rounds– preliminary and the finals. Each round of the debate has a different topic which is chosen by a committee after much deliberation. After a highly competitive prelims round, teams are selected for the final round. A unique feature of this debate is that not only the students but the teachers accompanying them also get an opportunity to express their views on the debate topics in the Teachers’ Expressions and the most original thoughts are awarded. 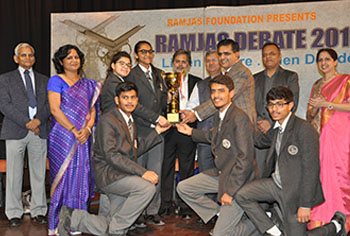 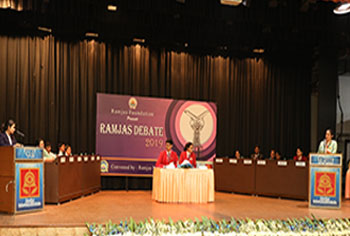 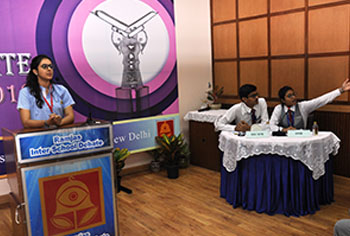 At Ramjas School, Pusa Road, the International Dimension in Schools has become an integral part of the teaching learning process since 2010. The school’s collaboration with the British Council has been highly enriching. The international collaboration with our partner schools from Egypt, Vietnam, Sri Lanka, Bangladesh, Cameroon, Australia and many more has provided our students and teachers with an understanding of geographical, political, educational and cultural diversity. Interacting with students and educators from across the globe, discussing issues of global concern has enabled the students to think intensively, intelligently and critically, thus enhancing their knowledge and confidence. The British Council’s Connecting Classroom Professional Development Courses, an essential part of the IDS journey has facilitated the teachers to sharpen and reskill their competencies. The project has enabled us to carry forward the international ethos in the school and embed it in the school curriculum, thus enabling a global perspective. 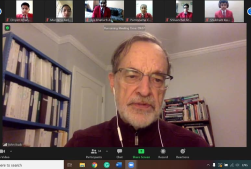 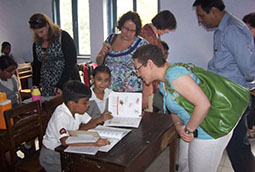 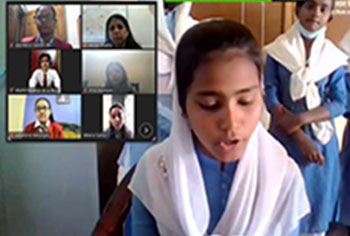 The school believes that Art can awaken the sensibilities that classroom education alone can’t deliver. The idea of an Art Camp was conceived by Mrs. Shubhra Gupta, the Chairperson of the school to provide a ‘retreat’ for budding artists from the hustle and bustle of daily living by engaging, motivating and inspiring them to explore and discover their untapped artistic and creative skills. The students enjoy the freedom of creativity and are provided with an opportunity to interact, witness and work with eminent artists during the camp. They are exposed to a wide variety of techniques, styles and mediums of master artists in whose company they work and imbibe the finer nuances of art. The Art camp culminates in an exhibition of art work created during the three-day camp. 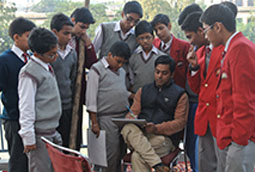 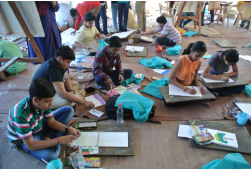 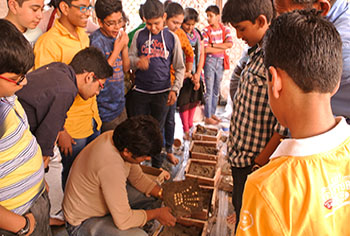 It was the vision of the Chairperson of the school, Mrs. Shubhra Gupta that the involvement of students in an activity which gave them the platform to realize their own latent talents is imperative to a holistic personality. The school began its tryst with theatre with, "Willy Wonka & The Chocolate Factory”, the first musical play staged by the school in 1995. In all these years, the school has produced landmark musicals such as Apna Apna Bhagya, John the Valiant, Raggity and the Cloud, Broody Yanko, Uff Yeh Bachche, Teen Mote, Magic Years, Shahr-e-Dilli, Rahasya Pancham Ved Ka, Bahut Purani Nai kahani. The distinctive feature of these plays is that a month-long theatre workshop is held before the final presentation where students are involved in brainstorming sessions, interactions at various levels which lead to the scripting of the play. During the process the students learn to emote, sharpen their interpersonal skills and learn the nuances of theatre. 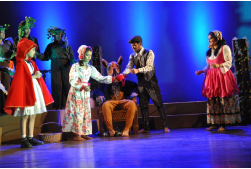 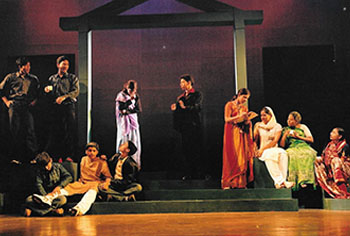